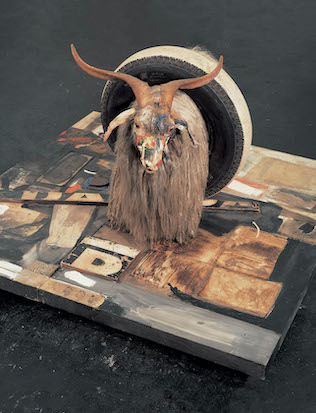 Great art seems to generate such powerfully lasting preconceptions that I sometimes wonder if the impulse that drove the early Church Fathers to codify the doctrines of Christianity has found another outlet. The pattern will be familiar to anybody who has ever spent some time going through the existing literature on any given artist: first, a particular way of framing the work in question becomes generally accepted; then, often with frightening rapidity, the assumptions embedded in what is usually no more than a point of view become petrified into something akin to Holy Truth. Most writers have fallen into the trap at some time or other, lazily recycling a received idea without really considering its merit. I have done it myself: mea culpa. While the intention might be honourable, the result is a form of disrespect.

It is a peculiar paradox that the disease of critical conformism is all the more infectious when it comes to the supposedly revolutionary and transgressive artists of modern times. Consider, for example, the case of two leading artists who emerged in New York in the 1950s: the venerable Jasper Johns (b.1930) and the late Robert Rauschenberg (1925-2008).

Beginning with Johns, and in particular his well known Flag paintings, it seems to me that the critical consensus about his work has been more or less fixed for decades. Back in the early 1980s, when I began my studies in art history, I was myself taught this prevailing doctrine, which can fairly easily be boiled down to not very much. It goes something like this:

Johns reacted against the emotional turbulence and grand expressive gestures of his immediate predecessors, the Abstract Expressionists. In his own words, he painted...