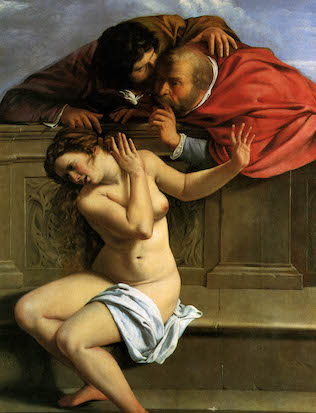 I am glad to see that Artemisia Gentileschi’s life and work is being celebrated in a new exhibition at the National Gallery in London. She was a remarkable woman, who pursued her career as an artist with steely determination. The daughter of an exceptional painter, Orazio Gentileschi, she triumphed over prejudice and misogyny to become, herself, one of the leading history painters of the Baroque period. She has become one of the heroines of feminist art history, and for good reason. Artemisia was a feminist long before the term had been invented. “I will show Your Illustrious Lordship what a woman can do,” she wrote to a Sicilian patron. “You will find the spirit of Caesar in the soul of a woman.” Above all, Artemisia specialised in depictions of women who had been wronged. She painted women suffering, women committing suicide, women shedding the blood of the men who oppressed them. These were themes to which she brought her own, bitter experience. To say that her life was difficult would be an understatement.

Born in Rome in 1593, Artemisia’s mother died when she was just twelve years old. As the oldest child of six, and the only daughter, she was obliged to take on much of the responsibility of running the family household. She also happened to be the only one of Orazio Gentileschi’s several offspring to show any genuine talent or inclination for painting, so he was persuaded to allow her into his workshop and to train her in the rudiments of his art.

As important as the influence of her father must have been, I have always thought that Caravaggio was the painter whose work most deeply impressed her. She would have met him frequently during her formative years, certainly from...